WEEKEND PLAYLIST: In Memory of... 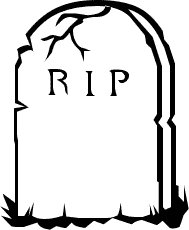 This weekend, we're remembering musicians that passed on to the great beyond in November. Take a gander at a few of those who made their mark on the world of music.

5. "Southern Nights" - Allen Toussaint. Although Glen Campbell had the big hit with this...and it's a good version...I think I prefer Mr. Toussaint's slow, wistful, even dream version of the song he wrote. Allen Toussaint died on November 10, 2015.

4. "My Sweet Lord" - George Harrison. The former Beatle found himself in hot legal water when it was determined that he plagiarized "He's So Fine" for his ode to Hare Krishna. George died on Movember 29, 2001

1. "Bohemian Rhapsody" - Queen. Now that there's a biopic out for this band and the flamboyant singer, Freddie Mercury, it's a good time to remember one of the best talents of the era. Freddie died on November 24, 1991.

Darryl Musick
Copyright 2018 - All Rights Reserved
Posted by D. Musick at 9:31 AM